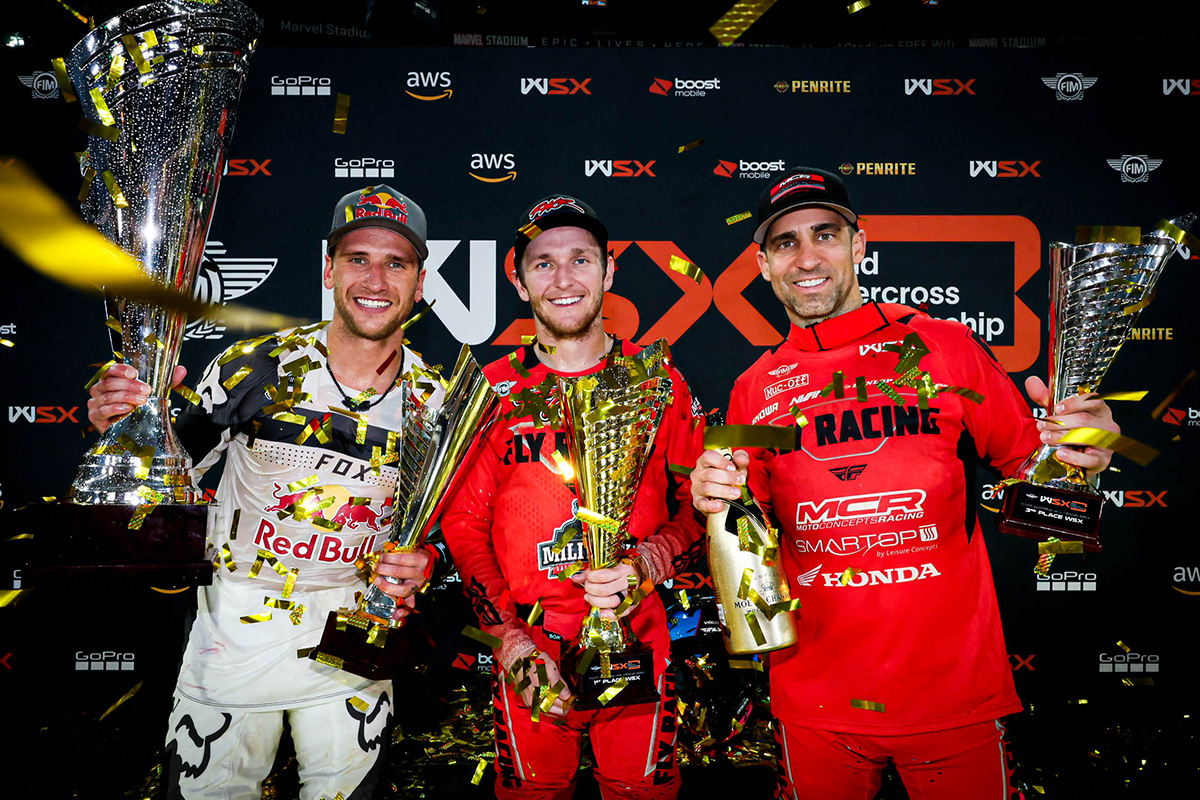 “I would do it over and over again, I’ve had such an amazing experience. It’s been a tough ride the last few years that’s why I did this. I don’t regret it. I’ve had so much fun here, I love coming to Australia and I can’t wait to come back again. Finally getting a title again, especially the first one for my team, is nothing short of amazing.”

The world championship is the first mayor title for McElrath, who rides for the Rick Ware Racing.

“A win is a win, it’s never easy. These guys made it tough. We had minimal prep time but Rick Ware Racing, we literally didn’t stop working. To come out on top, and to really get better every single time on the track, that’s really what we worked for. Number one baby. I am proud of this team and what they’ve done in a few short weeks.”

MotoConcepts won the Teams Champions and Honda took out the Manufacturer’s Championship after strong performances from its riders in Cardiff and Melbourne.

“We knew there was a global market out there for supercross. You need the courage of your convictions to take these things on. We really believe in the product of world supercross. We really do believe there is a global audience out there. These athletes are so talented, we really believe the world wants to see that. We’re prepared to put that to the test. You’re going to see, in my humble belief, this championship grow enormously in the next two to four years.”