Copy to clipboard
Inspired by the past and driven toward the future, the official WSX logo and colors will be synonymous with supercross’ premier global championship for years to come 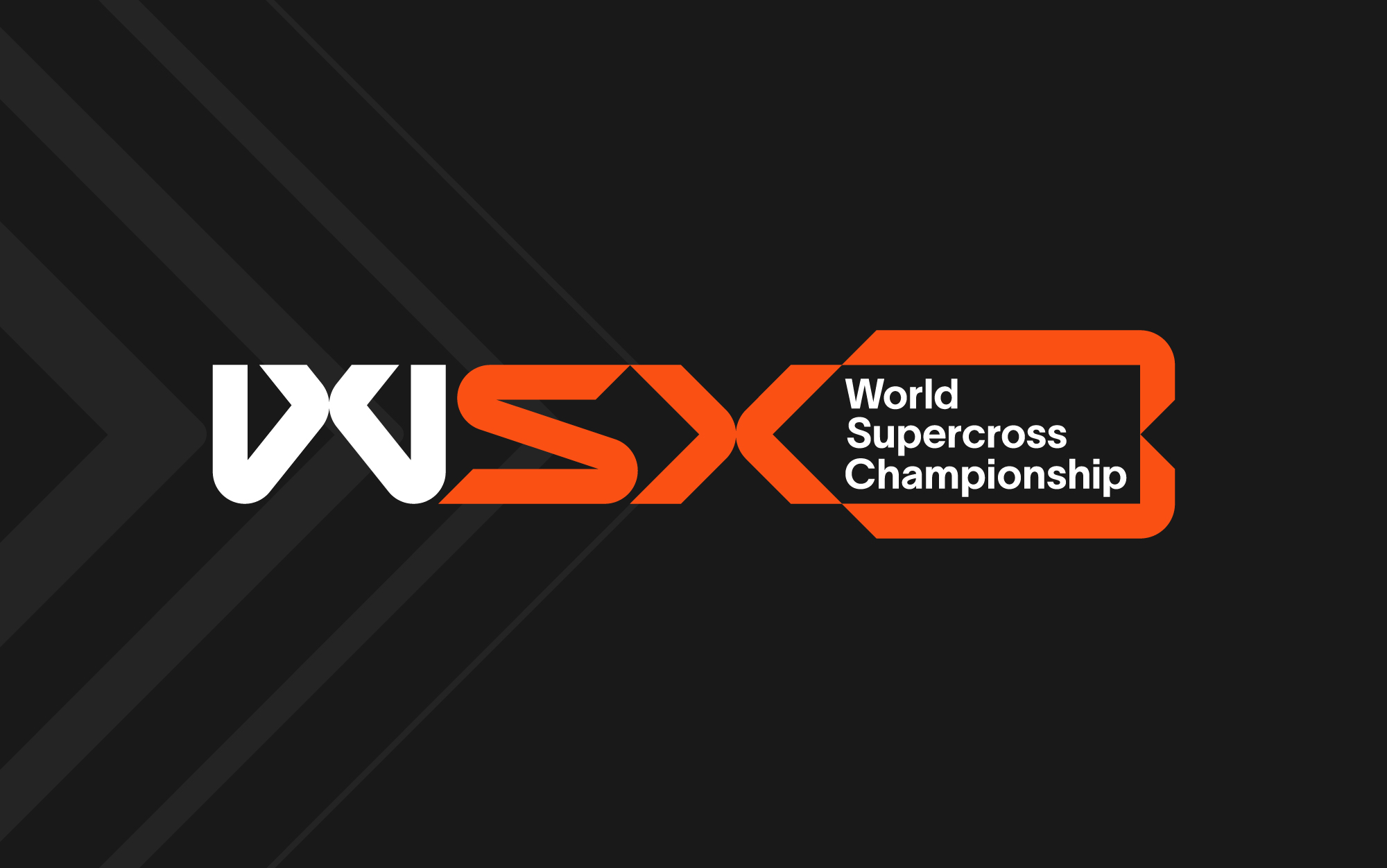 SX Global, the Australian sports and entertainment company spearheading the FIM World Supercross (WSX) Championship, today unveiled a new logo and branding elements that will visually characterize supercross’ global Championship in the minds of fans for years to come.

Design direction was spearheaded by Cochrane Entertainment’s Director Thea Jeanes-Cochrane, on behalf of SX Global and in partnership with Pangaea Creative, a leading motorsport design agency based in London. The new brand identity is marked by an energetic, bold color palette, highlighted by blazing orange and charcoal grey; with a design aesthetic that reaches back to classic motorsport culture and pulls it forward with a contemporary, modern design sensibility. The dynamic, neoteric design language will serve as the WSX Championship’s definitive visual persona, while creating a vivid thread that ties the Championship, and the International Grand Prix rounds together with a wide range of marketing and promotional touch points with consumers.

The WSX logo and brand elements are grounded in the geometry of supercross, featuring a visual system of shapes and angles that call upon the most recognized features and elements of supercross tracks. Sharp angles and flowing curves carry through the visual outlines of whoops, rhythm sections, doubles, triples and hairpin turns, all tied together to create a simple, yet powerful and authentic visual identity.

“These new brand elements will ensure that the FIM WSX Championship and our Grand Prix events have an instantly recognizable visual identity for fans, clearly identified within the sport,” said Adam Bailey Head of Motorsport for SX Global. “Led by the simplistic power of our WSX logo, the bold combination of blazing orange and charcoal grey will become the visual calling card for the WSX Championship for many years to come, and the flag we carry at the forefront of our efforts around the world.”

“Working closely with Pangaea Creative, together we embarked on a high pace, dynamic branding process, with full immersion in the sport’s competitive history and with its global fanbase at the design’s core” said Thea Jeanes-Cochrane. “Inspired by the past, and driven toward the future under SX Global’s leadership, we believe Pangaea’s hand crafted, bespoke WSX letters and duotone colorways form a timeless, bold motorsport wordmark and capture the sports’ exciting new era of global expansion. As the WSX brand story and visual identity evolves, we are excited to share the numerous design elements that will cleverly convey the uniqueness of supercross racing as a form of competitive global motorsport.”

“Inspired by the past, and driven toward the future … Pangaea’s hand crafted, bespoke WSX letters and duotone colorways form a timeless, bold motorsport wordmark and capture the sports’ exciting new era of global expansion.”

The creation of the new WSX logo and brand identity are the latest in a series of ongoing development efforts that will continue to elevate and solidify the FIM World Supercross Championship. The Championship will feature a highly exclusive structure, with unparalleled level of financial support for teams, including seed funding for every team awarded a license, appearance fees at every round, and logistics and freight support. WSX will feature the richest championship prize purses in the sport’s history, with a total of USD$250,000 up for grabs at each round.

The FIM World Supercross Championship will annually take place in the second half of the year, including up to four events in 2022, from late October through November. 2022 will serve as a “pilot” season, allowing the championship to establish itself and build momentum going into 2023. From 2023, and subsequent years, will see the FIM World Supercross Championship expand annually between June and November, with up to twelve events in 2023.

The new FIM World Supercross Championship logo and its design aesthetic was unveiled through a spectacular 40 second hype reel which can be viewed HERE.