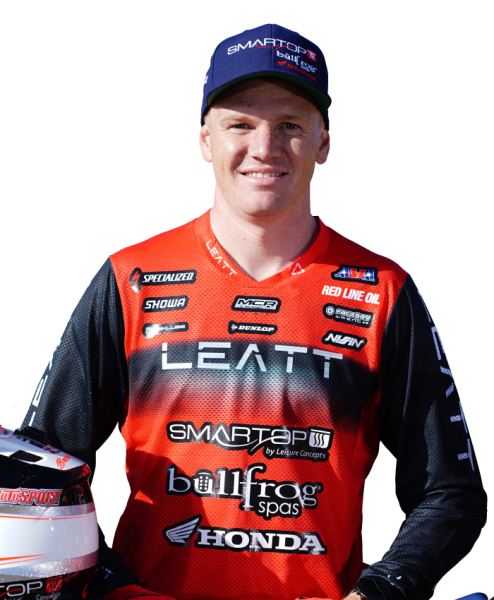 Known for his raw speed, Mitchell Oldenburg has the ability to run with the best of them,

having demonstrated his supercross ability throughout a career that has spanned the best part of a decade. The Texan has spent most of his time aboard 250cc equipment, and will line up behind the gates in the SX2 Class as part of the MotoConcepts Honda team led by Tony Alessi.