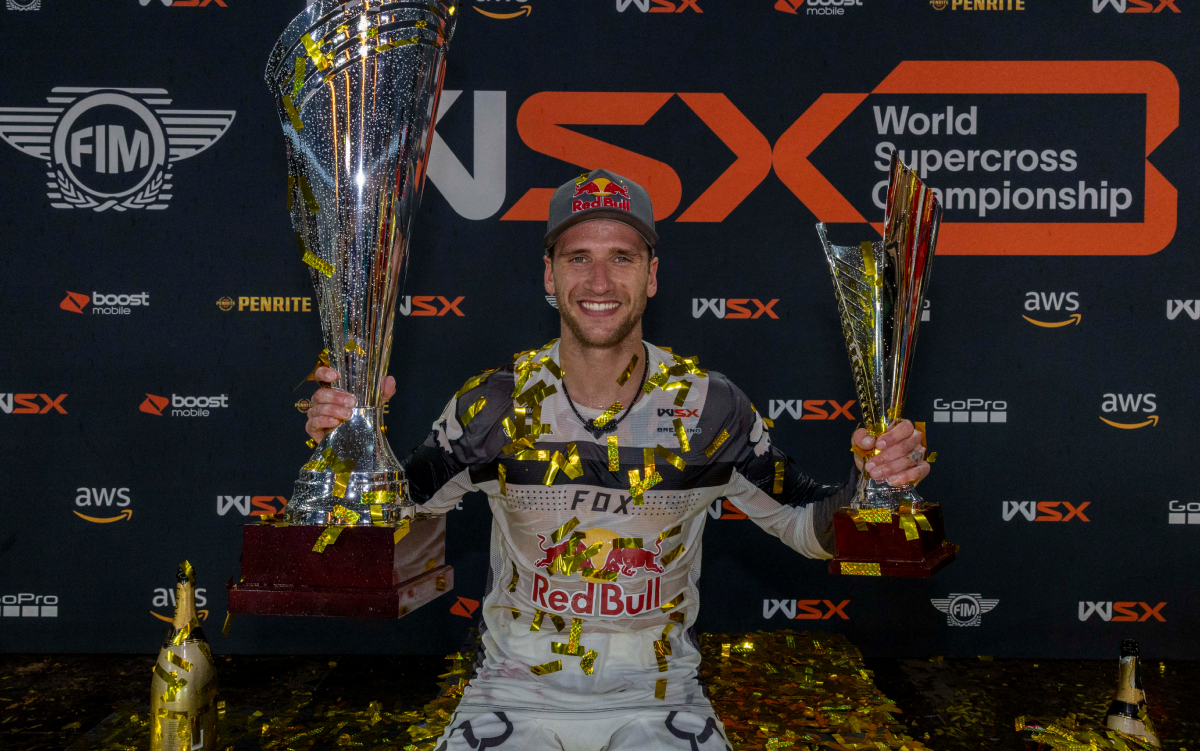 The Australian-run FIM World Supercross Championship has bolstered its search for global sponsors with the appointment of top international agencies – Dentsu Sports Europe/Asia and TGI Sport to represent it.

The Series will expand to six rounds across Europe, North America, Asia and Australia starting mid-2023.

UK-based TGI Sport has 250 staff across 50 countries with a strong presence in Europe, Australia and USA, holding a trusted partner network with extensive sponsorship sales working with the largest sports rights organisations in the world, led by global CEO – Martin Jolly.

“Our partner network is highly engaged after our [two pilot] events in 2022 and now with the appointment of Dentsu Sports International and TGI Sport, along with our 2023 Calendar announcement, we know our commercial growth globally will be very exciting”

“The WSX Championship is poised to emerge as the most innovative and appealing global motorsport and action sports property available in 2023 and beyond.”

Tomohiro Nakano, CEO of Dentsu Sports Europe also commented: “We are thrilled to be aligning with SX Global on such an exciting new project within the world of Supercross.  With each event showcasing an incredible spectacle of world class racing and entertainment, our teams in the UK and Asia along with our global network will work closely together to introduce partners to the engaged and passionate audience that WSX delivers.”

Global CEO, TGI Sport, Martin Jolly added, “TGI are delighted to be formally associated with WSX globally with a specific focus on the German and French markets. The Championship is attractive to brands wishing to associate with a younger audience as it provides a unique mix of world class sport and entertainment. The appeal to Millennials, Gen Y and Gen Z is assured given the combination of popular music artists and credible action packed supercross racing”.

Both Asia and Europe will become key markets for the WSX Championship in years to come in addition to North and South America, with most motorcycle manufacturers being from Japan and manufacturers from Europe expected to explore options with one of the ten independently owned teams.

The independent team ownership model, similar to F1 and NASCAR, sees the 10 official and exclusive WSX Teams each fielding 2 x riders in both the WSX (450cc) and SX2 (250cc) Classes and their headquarters span across France, USA, Italy and Australia.

The two agencies add more international scope to SX Global, which already provides an unprecedented level of financial support for the 10 WSX Teams, with over USD$65 million across the first five years in prizemoney, seed funding, appearance fees, as well as freight and logistics support at each WSX event.

In 2022, SX Global completed its opening Pilot Season events in Cardiff, Wales and Melbourne, Australia having been awarded the FIM World Championship rights on Christmas Eve in 2021 for the next twenty years. The first two events were announced only 10 weeks before riders took to the track inside Principality Stadium, both collectively attracting over 85,000 fans.

The WSX Championship broadcast generated a global reach of 200 million households across 120 countries, obtaining international broadcast deals with FOX Sports in USA, Seven Network in Australia, L’Equipe in France, BT Sport & FreeSports in the UK, Globo in Brazil, Viaplay in selected European countries and the Nordics, as well as DAZN in multiple international territories in 2022 among others.

The Opening Round of the WSX Championship will take place in the UK, at Villa Park, Birmingham on July 1st. The Championship will then cross the channel to France for round two on July 22nd at Groupama Stadium in Lyon-Décines. The series will make its way into South-East Asia on September 30th, before heading to Dusseldorf, Germany on October 14th at Merkur Spiel Arena. On October 28th, WSX will be in Canada at BC Place in Vancouver and, once again, the Grand Finale will take place in Melbourne, Australia at Marvel Stadium, on Nov. 24th and 25th.