Copy to clipboard
The world’s best supercross riders swapped their bikes for boards at Melbourne’s URBNSURF today ahead of the WSX Australian Grand Prix at Marvel Stadium on Saturday. 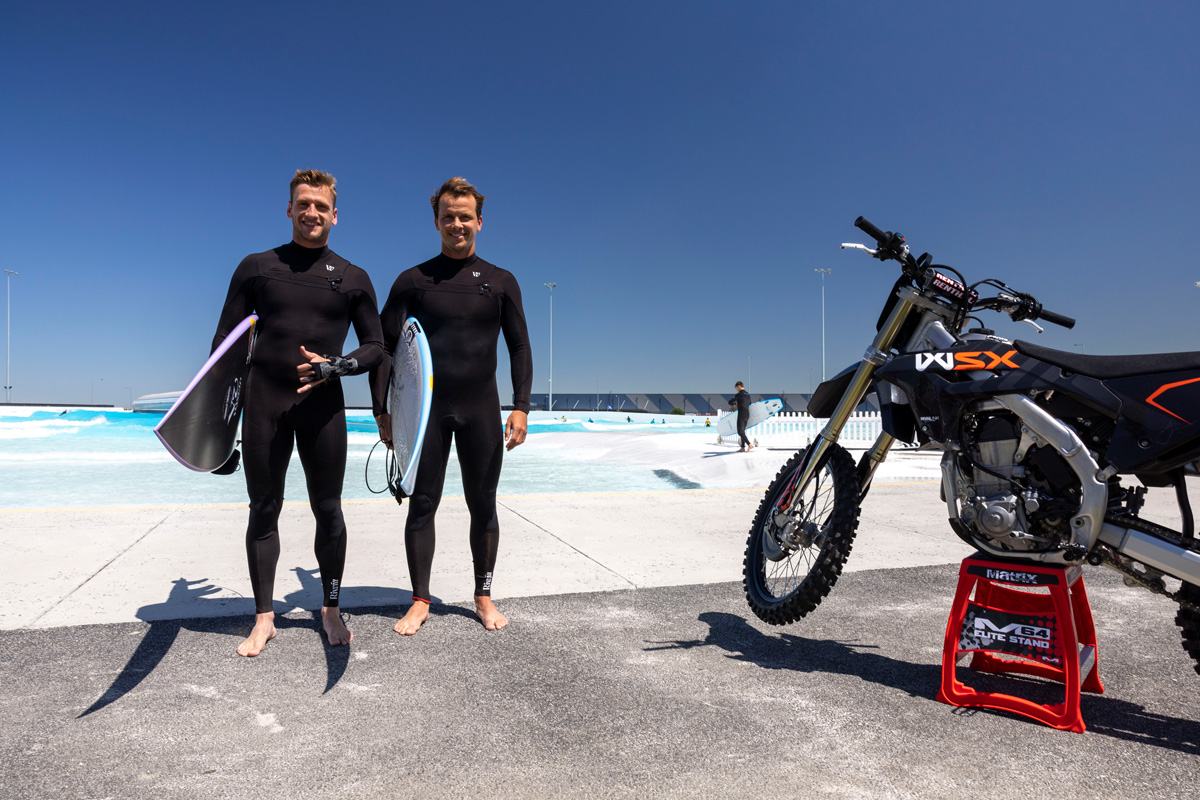 Professional surfer Julian Wilson joined the supercross stars in the water offering up a few tips at the iconic Melbourne wave pool.

Ken Roczen, who is favourite to be crowned the FIM WSX World Champion this Saturday, relished the chance to get in the water just after touching down in Australia.

“Julian and I, we share each other’s passions and once I heard we had the opportunity to come here and surf together I jumped on it,”

“I’m absolutely loving it here in Melbourne. I had a really cool tour of the city and this is my first time to Australia so I’ve been really looking forward to checking it out and putting on a show for the fans this week.

“I really like to experience different cultures and connecting with fans all over the world, so being able to travel from country to country is kind of new in Supercross and I can’t wait to see where this is going.”

Wilson was keen to show his mate what Australian wave pool surfing was all about ahead of this week’s event at Marvel Stadium.

“I’ve had a few surfs with Kenny before over in California, he’s a bit of a surf frother the same way I love Supercross, so we’ve been having a ball out here in the wave pool,” Wilson, said.

“I’ve owned a dirt bike all my life and I love following the Supercross. I’m a big fan of the sport and I’m looking forward to checking it out at Marvel Stadium this week.”

The waves at URBNSURF are a stark contrast to the dirt the WSX athletes will do battle on this Saturday night.

Currently more than 6,000 tonnes of dirt are being dumped inside Marvel Stadium to transform it into a race track for the culmination of the FIM World Supercross Championship pilot season.

History will be made as four FIM World Champions will be crowned, with the WSX, SX2, Team, and Manufacturer championships all up for grabs.

The WSX Class Championship will be headlined by a battle between Germany’s iconic Honda Genuine rider, Ken Roczen, and hard-charging American, Vince Friese, riding for MotoConcepts Honda. Both riders are in prime position to take home the title of FIM World Champion with several other 450 riders in the mix looking to spoil Roczen and Friese’s chances.