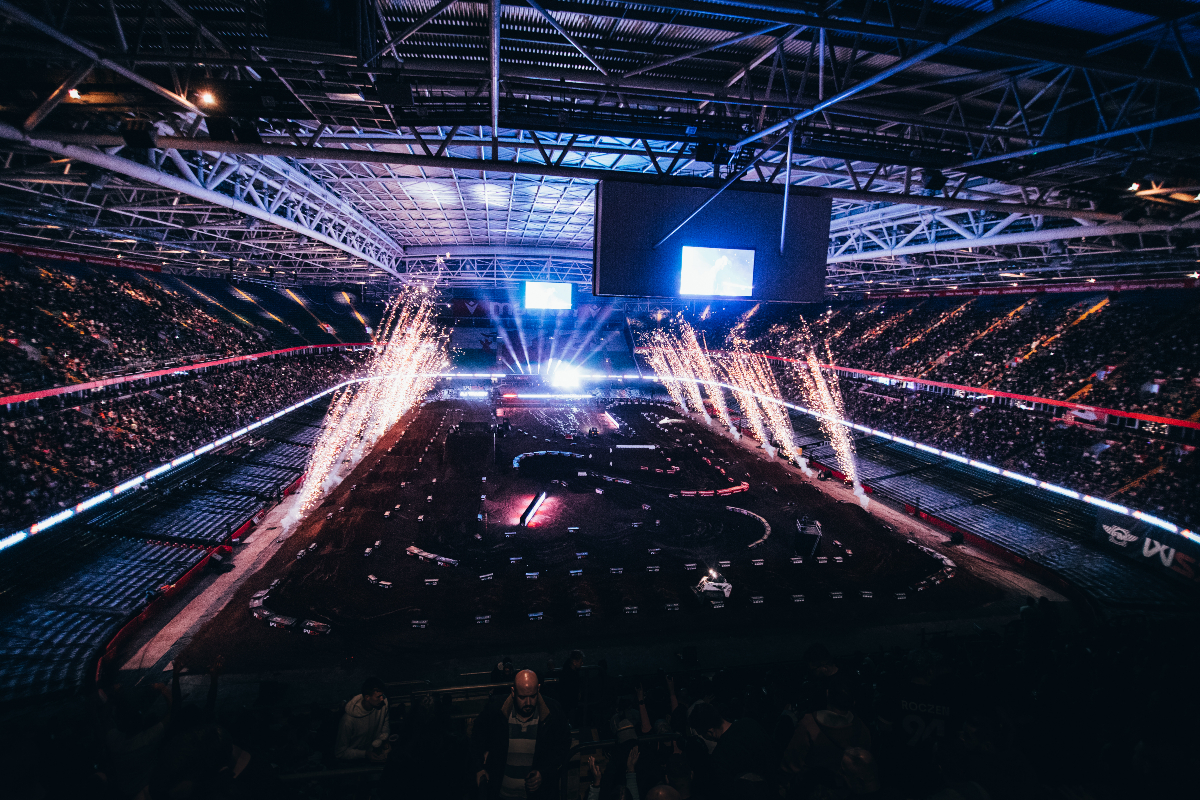 (October 11) – 35,000 fans filled Cardiff’s Principality Stadium on Saturday night for the British Grand Prix, an event that marked a new era of World Supercross, with the championship going global for the first time.

The historic moment gave UK fans the chance to see their supercross heroes in action, live, for the very first time, and they grabbed the opportunity with both hands. The pre-race signing session saw crowds fill the street, as they queued to meet the idols, while those with VIP packages enjoyed an exclusive pit walk to see the race bikes up close.

As the action started, the atmosphere was electric as eager spectators packed into the stadium to get a better view of the racing and the wider show, as freestyle motocross stunts brought added entertainment alongside pyrotechnics and a live performance from AJ Tracey.

“I don’t think we could have asked for more of the UK fans,” Adam Bailey, director of motorsport for the World Supercross Championship said. “The enthusiasm and excitement they brought was incredible. The fact that they were spilling onto the streets before the event began, to be able to get the chance to meet their heroes, shows that this sport truly belongs on a global stage and that there are millions of fans around the world that, until now, have been denied this opportunity. The filled the stadium, they brought the noise, and they were treated to an amazing night of racing. And this is just the beginning.”

The FIM World Supercross Championship continues its pilot season with the Australian Grand Prix on 22 October, which takes place in Melbourne’s Marvel Stadium.

Get more from the World Supercross Championship and get tickets for the Australian GP here.